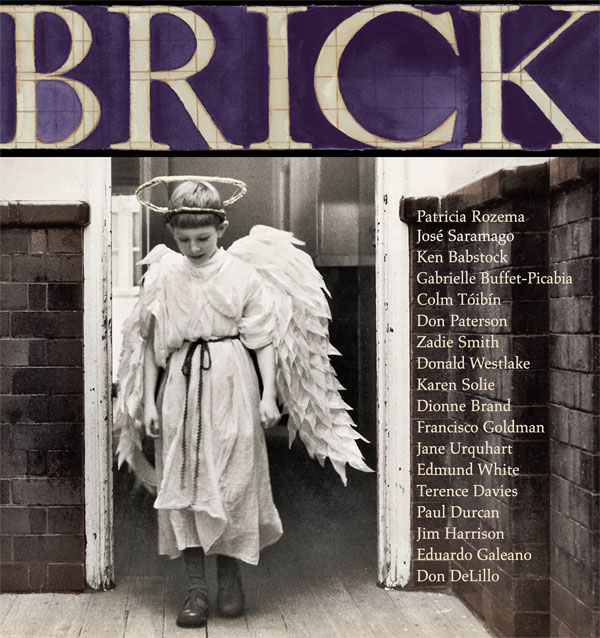 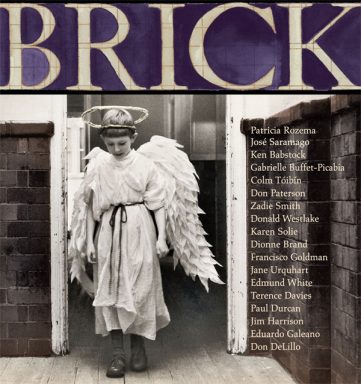 I began reading Eduardo Galeano when I arrived in Mexico for the first time—it was 1973—and met Cedric Belfrage, whose translation of Open Veins of Latin America had just been published. Open Veins was a treatise on history and political economy written like a novel about love or pirates. It thrilled me: here was the mysterious continent explained.

At the time, Eduardo was being persecuted in his native Uruguay for the crime of spreading dangerous ideas. By then, at thirty-three, he had also written a book of short stories and a novel but was better known for the editorial cartoons he had been publishing since the age of thirteen. In 1974 he fled to Buenos Aires and then, when military rule swept Argentina too, on to Spain, where he lived for eight years.

He credits the Uruguayan and Argentinean generals with giving him the time and perspective to step back from political agitation and return to literature. By a curious twist of fate, the result of his labours in exile, the marvellous trilogy Memory of Fire, became the translation sea in which I first swam.

Cedric Belfrage and I were working together on a Mexico City magazine, the year was 1980 or 1981. Cedric himself was a character out of a novel. He started as a publicist in England for the unknown Alfred Hitchcock, then in the 1920s covered Hollywood for Fleet Street, managed to survive marriage to a starlet who stabbed him in the bath, and was suddenly radicalized by the rise of Hitler.

He was nearly eighty and had begun translating the first volume of the trilogy when a stroke left him paralyzed on one side. Like most journalists, he had always typed with his two index fingers; now he was down to one. He appealed to me for help, and thus began my apprenticeship in literary translation. In his tiny office reeking of pipe smoke, Cedric would translate longhand on yellow legal pads, a barely legible scrawl. I would type for him, following the Spanish original at hand, and offer suggestions. Over the next four years, well oiled with frequent tequilas, he put out the first two volumes of Memory of Fire, and I learned a thing or two about translation.

Having spent my twenties living in various countries of Latin America, and having been thoroughly transformed by the experience, at the time I believed translating literature was a matter of conveying a foreign culture, with its unfamiliar history and different approach to life, in order to give the reader a taste of the perspective I had gained. Cedric taught me otherwise, though for years I refused to believe him. Cultures are more malleable than people, and often we view foreignness as precisely that, something that won’t change us. I now see that the power of literature in translation resides not in its conveyance of a foreign culture, but in its ability to make part of that culture part of us. I would like my translations to read as if written in English, but at the same time to stretch the boundaries of conventional English to convey not foreignness, but an expanded language of our own.

My own relationship with Eduardo Galeano began in the latter half of the 1980s when the wars of Central America were raging. I was an editor of a small left-wing magazine in New York, and Eduardo’s righteous championing of Nicaragua’s flight into freedom was a staple of our pages. We were in regular communication by mail but still had not met. Shortly after Cedric passed away, Eduardo asked me to translate a collection of his journalistic pieces, which became We Say No.

Translating is a matter of the ear as much as the tongue. When I set to work on that first book, I heard my version in Cedric’s voice. His slow, high-pitched, clipped British tones set a foundation on which I could improvise my own language borne of Massachusetts and New York City. It was thus no surprise that I fell into a common trap for North American translators: using Britishisms to evoke the foreignness of the original tongue.

It was Eduardo who unknowingly helped rouse me from that miserable mistake. He phoned me from Montevideo, and I heard for the first time that gravelly, cigarette-scarred voice with the unmistakable elongated vowels of the Southern Cone. In those days international calls were still an unaffordable luxury, so the conversation was brief. But I heard his voice, and I had something to replace Cedric in my ear.

That, of course, was years ago. My version of Eduardo’s voice has evolved, as has his own. The breathless anger of Open Veins has given way to a wry, contemplative lyricism, a tone and a form (the short, short story) that he harnessed and refined after Memory of Fire through books that were as personal as they were political (The Book of Embraces, Soccer in Sun and Shadow,Voices of Time); though he returned to roaring outrage in his magnificent tirade against all that is wrong in the world, Upside Down. His new book, Mirrors, salts the lyric tone with strong doses of moral fury. Like Memory of Fire, it relates history through stories of people and events, in this case a history of the world.

The relationship between author and translator can be discomfiting. Translators chew over each phrase for nuance, sound, tone. We sift through the many layers of meaning, look for every angle, intended or not. Not infrequently, authors return the favour, reading our draft translations with a jeweller’s loupe. Small wonder we translators prefer our authors dead and buried. That way neither of us has to answer for his misdeeds.

Alas, Eduardo is not only alive, he reads English well. There is no hiding my sins. Through six books over nearly twenty years, he has faced my assault bravely, and we’ve saved each other from more than a few embarrassments. To Eduardo’s chagrin, I win most of our disagreements, since they are almost always about the English expression, rarely the Spanish meaning, and I wield my English fluency like a trump card.

We had a great debate over the subtitle of Mirrors. The Spanish original, Una historia casi universal, appears to mean “a nearly universal history,” which is what Eduardo suggested and the publisher loved. It has a certain ring to it, but what is a nearly universal history? Historia does mean “history,” but it also means “story.” And universal means “universal” but also “world,” as in “world history.” I searched for a parallel double entendre, but my imagination failed me. The book recounts history, but it is not a history, not even nearly one. I argued that it was a book of stories. The stories are universal, most evidently in the sense that they touch on nearly everyone. Thus: “Stories of almost everyone.”

Mark Fried published three translations in 2013: Firefly by Severo Sarduy, Children of the Days by Eduardo Galeano, and a revised edition of Galean’s Soccer in Sun and Shadow. He just finished translating a Mexican crime novel: Élmer Mendoza’s Silver Bullets. Fried lives in Ottawa with his wife, the writer Elizabeth Hay.