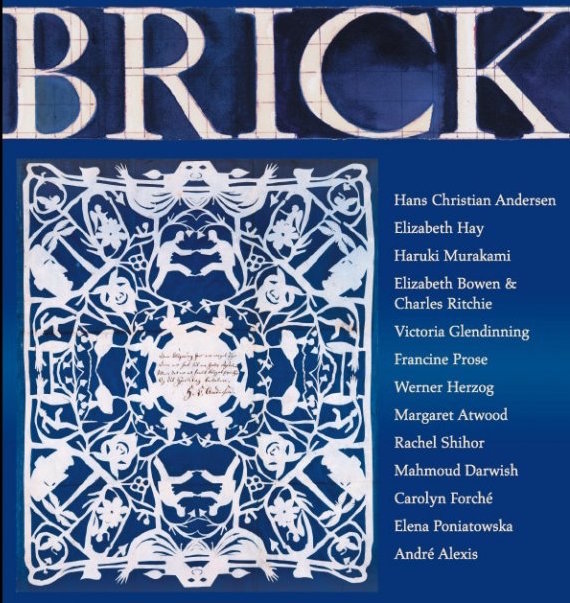 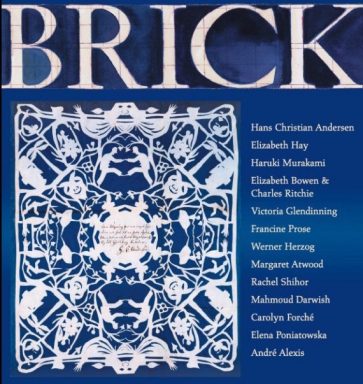 It took a long time to fall, or else it took less than a second. The drop was thirty feet; gravity was acting on me at thirty-two feet per second squared. I can’t do the math but it’s obvious that my recollection of turning in the air, seeing a long, jagged crack in the underside of the upper landing, and thinking that I must remember to report this flaw in the structure as potentially dangerous, is either a false memory or a clear indication that thought can be languid when the body is in free fall and the brain in shock.

More shock arrived as I hit the floor. I was eleven, I was on my way to Sunday school (the notion of an interventionist God who had counted every hair on my head disappeared forever in the waft of my slipstream), and I had misjudged the angle of lean as I tried to hairpin-slide down the banister from our upstairs apartment, thereby tipping myself headfirst into the atrium. The stairs that ran to the ground floor were concrete; the floor itself was concrete; there was not a millimetre of yield. We lived above a post office but had no telephone of our own. My aunt, who saw me fall, raced to the phone-exchange and called the family doctor. She said, “David has just fallen from the top landing.” The doctor knew the layout well: he visited at least three times weekly to check on my father, who had returned from the war with a shell casing lodged in his knee and his cranium, and on my great-grandmother, who was (she insisted) bedridden. The doctor asked, “Is he dead?”

Not dead, not injured, and, as I seem to recall, not much bothered. Concussed, for sure—I remember the blur of voices and the blur of uniforms, the blurry sound of an ambulance bell. My dice with death was pronounced a miracle by those in the know (doctor and priest). When I put it to the priest that God must have a pretty bleak sense of humour to target a child on his way to worship, I was reminded that God moves in mysterious ways. With this in mind, I waited to be told that the crack on the underside of the landing had been repaired just in time to prevent the building’s collapse, or that the chapel had been struck by lightning and the congregation lost. No such luck. However, I was allowed a week off school; my father couldn’t (or knew he shouldn’t) beat me for behaving foolishly; and I could spend the days in bed reading, which was what I most wanted to do.

Until the age of six, I lived in a house of women. By the time my father returned from Italy, his head patterned with shrapnel like crazy-paving, I knew more about menstruation and the rhythms of gossip than the dull mysteries of how to replace a bike chain or build a functioning Meccano winch. It’s no surprise, perhaps, that wives and girlfriends have suffered, though not uncomplainingly, from my continuing ineptitude with—all right, loathing of—things mechanical. Fortunately most of them knew how to grout tile and could tell the difference between the oil filler cap and the brake fluid reservoir.

My grandmother—a woman I adored and about whom, I later realized, I knew almost nothing—went to our local library and took out some books for me to read during my brief convalescence. The library was a beautiful half-timbered structure on stilts. I loved to go there; I loved the smell, which was partly of books, but predominantly of rot.

One of the books my grandmother borrowed was a sort of Bumper Book for Boys: tales of Robin Hood indistinguishable from all the other tales of Robin Hood, staid fictions of Empire involving White Men and “Other Breeds,” biographies of figures then thought wholly admirable (Baden-Powell and Rhodes, I expect) and accounts of doughty types who’d hauled sleds across a frozen waste in the teeth of bone-numbing gales, addressed one another by their surnames, and scooped snow into little kettles to make English breakfast tea. Between these inexcusable monuments to tedium were printed some poems. I liked poems because I could count the beats. I started to read one.

I don’t want to make too much of the moment because however I choose to describe it, the experience has (clearly) been distorted by personal history and can now exist only in simile. It was something like having to catch your breath fifty times in succession. It was like déjà vu. It was like appetite. I riffled the pages and the prose smudged and blurred: Robin Hood galloping across the Veldt, Baden-Powell in his pointy hat planting a flag in the ice. I went from poem to poem like a log-jumper, read them, read them again. Between times, I think, I fell asleep, which would, of course, have allowed the poems to bed down deeper.

They were all Border Ballads, though I didn’t know what to call them. I showed them to my grandmother and ordered her back to the library to ask whether there were books of such poems. Whole books. She came back with Arthur Quiller-Couch’s The Oxford Book of Ballads. I read for a week. I couldn’t, I suppose, have caught all the references to sex and bastardry (though I well remember the rising tingle provoked by the slow striptease in ‘Young Andrew’) and the dialect-words must have defeated me some of the time despite the glossary, but all that death and darkness was indelible—the betrayals, the lost love, bloody revenge, cruel reversals, demons, the stench of hell . . . but more than any of that, the rhythm had me by the throat and the language made my head sing.

There’s no point in quoting; once started, I’d have to quote the book entire. One instance, though—Tam Lin, captured by the Queen of the Faeries, charges his lover, Janet, to save him. She must wait at a crossroads at midnight and when the Faery band passes by, must haul him from his horse and not let go, despite the fact that: “They’ll turn me in your arms, ladye / An aske but and a snake; / But hauld me fast, let me na gae / To be your warldis make.” They’ll turn him too, into “a deer,” and a “hot iron at the fire,” but she must hold on to save him. And now Janet is waiting there at Miles Cross. It’s Hallowe’en; it’s dense dark, a wind keening in the branches; and then: “About the dead hour o’ the night / She heard the bridles ring…” And there was a breathing in without breathing out; there was a heart stop. I can’t properly remember myself before that moment at Miles Cross. I remember the drop, I remember the book; what preceded that is blurry, like the stories of Sherwood Forest and Antarctica.

A while back I was asked to contribute to a magazine that runs a regular feature in which poets give an account of their early influences, then write something in imitation of such an influence. I mentioned the Border Ballads but was quite certain I could never produce something in ballad form. I could see how it might be possible for other poets to deflect, in a useful way, from their nominated influences—to pay homage, to busk—but I knew it wasn’t going to be possible for me. I gave them, instead, my version of Cain’s speech from the Cornish of William Jordan (c. 1611): an adaptation of a passage from his morality play Gwreans an Bys or The Creacion of the World. I felt it wasn’t a bad substitute and I enjoyed bringing into English something (else) from the Celtic fringe.

And then, about six months later, out of nowhere, came the first couple lines of a ballad; then, quite quickly, the rest. And as I wrote, I remembered the drop; I remembered I had gone head first, like a diver; I remembered that the doctor had asked, “Is he dead?”

David Harsent has published nine collections of poetry, including Marriage (2002), Legion (2005), and Selected Poems, 1969–2005 (2007). His collaborations with Harrison Birtwistle have been performed at venues that include the Royal Opera House and Carnegie Hall.