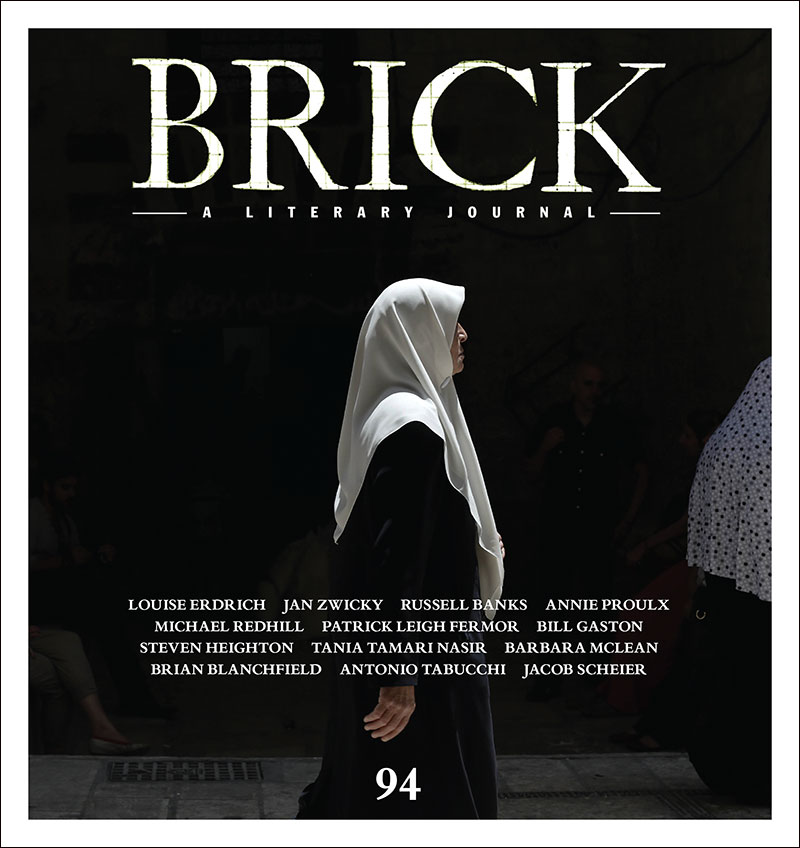 My father’s shadow filled the doorway.

“So it’s you then, Mårni Jåacksøn,” he said. “You’ve come to help with the can opener, I suppose.”

My father could no longer muster the strength to turn the key of our old metal can opener, the one my mother always used, so I had bought him a new one, a more expensive version encased in hard plastic. In what they call a “rigid clamshell” package. But that, too, he couldn’t open. No one can.

I tried to make a joke that he now would need a can opener to open his new can opener, but the look on his face, fierce, ashen, masklike, silenced me.

“If you like. I’m indifferent. Øystein never made tea.”

Øystein was my older brother. I would never equal him.

I took the mugs out of the cupboard and checked for uncooked kernels of rice in them, possibly mouse turds too, because my father liked to use the coffee mugs as measuring cups. Oats, rice, cocoa. It reminded him of Mother.

I found the Celestial Seasonings box of Orange Licorice Spice tea in the pantry beside the salt and easily unfolded the waxy inner lining. How effortless it was, to open some things! But not cans. And not can openers in plastic clamshells.

I filled the kettle and put it on the stove, adjusting the bluish-yellow flame underneath. Øystein had burned his hand once on the stove, and Father had wept for hours. Oh, my Øystein, he wailed, while I covered my brother’s burn with butter and swept the kitchen.

Once the water was boiling, I poured it into our two mugs with their slumped brown tea bags. I took a spoon and pressed it against the damp sachets, causing their cloth-mesh skins to bubble a little and a brown tea colour to swirl sluggishly through the hot liquid. The scent of licorice rose into the air and mingled with the odour of Vim. Per, my first friend, brought licorice to school in his lunch but always threw it out. One day I secretly retrieved it, slipped it into my trouser pocket. When I came home, my mother knew right away that I was hiding something.

“Tea’s ready,” I said. My father took his mug and went back into his room with the architectural models of Bergen tunnels used during the Resistance. I sat alone with my tea, drinking it too quickly, and with a noisy slurp, lest my father think I was afraid of the hot water, afraid of burning myself like Øystein.

“It’s only tea, Mårni Jåacksøn,” he might shout before shutting the door in my face.

Then I turned to the blister pack that contained the can opener. I opened a drawer and took the kitchen shears out, the kind you use to dismember a chicken. I intended to cut diagonally across one corner of the package, in order to breach the seal, and then to use my hand to pry the transparent, brittle plastic away from the cardboard inside. But the shears couldn’t pierce it. They skidded away, repelled by the packaging. I hate opening things, I thought, slurping loudly.

The can opener was a matte black, with no visible moving parts. If I managed to open the package, and the can opener failed to work, my father would not let this small catastrophe slip by. He might then take the biggest knife, the broad chopping knife, and stab it into the package repeatedly until the plastic shield was utterly obliterated. He was capable of that.

So I stepped into the room behind the kitchen, a kind of pantry, where we kept the few tools we used since Torje, the gardener, had quit. I took the pruning shears and began to gnaw away at the edges of the package.

My father heard the noise of it and came back into the kitchen, his eyes sunk even more deeply than usual in his face. They were almost coming out of the back of his head.

“For some, no doubt,” said my father, straightening the knives on the magnetic strip over the sink, where they rested.

“Your mother never had a problem.”

Tears began to course down my face, although I felt nothing whatsoever. It was Dad again, he’s just such a trigger for me. The strange thing was that the flood of tears released some mysterious strength in me; I grasped the shears, made a sound I didn’t recognize, and the metal bit into the plastic, which yielded at last. I savaged it, until the can opener slipped out and onto the floor, like a wounded bird.

Nothing, only the eddying, unbearable tension of his silence. I realized then that I was making the chili for him, only him, even though I hated him—just as I hated chili. I put the can of herb-spiced Roma tomatoes on the counter. I opened the jaws of the new opener and set them so they delicately grasped the burl of the metal lip. I bore down. Then I punctured the metal, gripped the handle more tightly as I turned it clockwise, and the lid began to rise as the can slowly revolved. Everything I needed was open now.

Marni Jackson is a Toronto non-fiction writer currently moonlighting in the theatre, with a play in the works about the great Canadian poet Al Purdy.