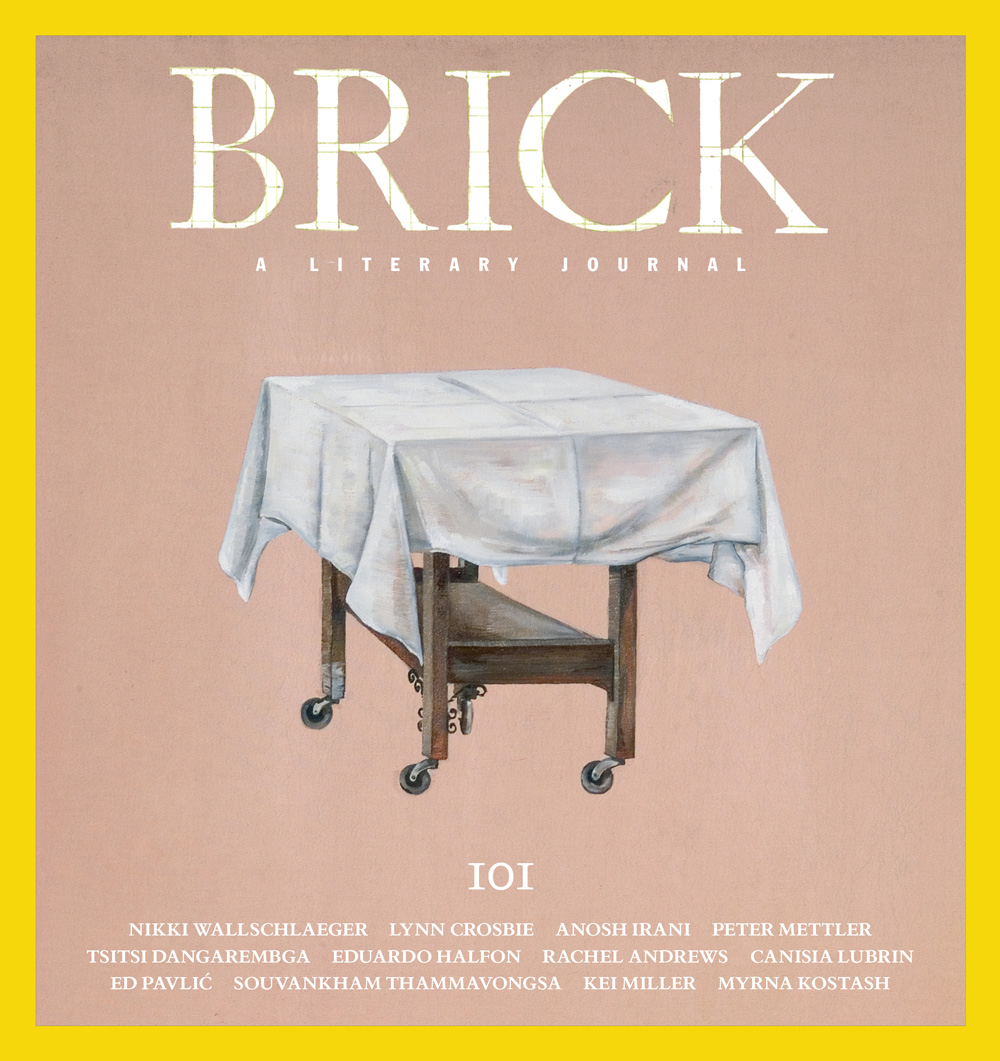 Claudio Magris is among Italy’s foremost writers and thinkers. He is also a former senator; professor emeritus of modern German literature at the University of Trieste; a recipient of prestigious literary awards, including the Erasmus Prize, the Franz Kafka Prize, and the Peace Prize of the German Book Trade; a scholar of authors such as Philip Roth, Henrik Ibsen, Robert Musil, Hermann Hesse, and Jorge Luis Borges; and a translator of Ibsen, Heinrich von Kleist, Arthur Schnitzler, Georg Büchner, and Franz Grillparzer. Magris considers himself a “mitteleuropeo”: he has been standing in the middle of Central Europe’s multi-voiced cultural debate since 1963 when he authored The Hapsburg Myth in Modern Austrian Literature, a seminal volume. Born in crossroads Trieste and still a citizen of that city, he has handled issues pertaining to different European nations, not just Italy, since the beginning of his career.

Located in the far northeast of the country, Trieste has had a troubled past. After thriving in the eighteenth century when the Austro-Hungarian empress Maria Theresa turned it into the haven of the Hapsburg Empire, the city was briefly occupied by Tito’s partisans in 1945 and was crossed by Churchill’s Iron Curtain in 1946. After the war, Trieste polarized Central Europe’s unrest: the Italian side of the border got cleaned of its Slovenian past, and the Yugoslav side of its Italian past. With Slovenia and Croatia at a stone’s throw from the city centre, Trieste has become a hotbed of contested identities—Italian, Slovenian, Friulian, German, Yugoslav—and ideologies—imperialism, nationalism, fascism, communism, and Titoism. It has also embodied intellectual vibrancy and intercultural exchange: for some time, authors such as Rainer Maria Rilke, Italo Svevo, Umberto Saba, and James Joyce held Trieste as their home. Joyce actually started writing Ulysses there, paving the way for modernism in literature.

“Plural” identity and Trieste are both crucial in Blameless, a fragmentary novel that takes the form of a collection of anecdotes inspired by Diego de Henriquez, who, as Magris describes him, was “a brilliant, uncompromising Triestine of vast culture and fierce passion, who dedicated his entire life (1909–1974) to collecting weapons and military materiel of all types to build an original, overflowing War Museum that might, by displaying those instruments of death, lead to peace.” Magris’s nameless protagonist similarly amasses spears, ancient weapons, U-boats, uniforms, film footage, and stacks of military documents. Unfortunately, he does not live to see his dream come true: fire erupts in the hangar where he keeps his collections, destroying many of them and taking his life.

The surrender of Trieste to the Allies in May 1945 is the key historical context of the novel. After the Italian armistice in September 1943, the Germans occupied the parts of Italy not yet taken by the Allies. This included Trieste, just outside of which the Germans opened the only Italy-based concentration camp with a crematorium, which was within the Risiera di San Sabba, a brick complex that had functioned as a rice-husking factory. Before the racial laws were put into effect in 1938, Trieste’s Jewish community was the third largest among Europe’s cities. In addition, during the war the city became home to both Slovenes and Italians who belonged to dissident political camps, such as partisans, communists, and republicans, all of them persecuted by the Black Shirts. Placing a concentration camp in that area must have seemed a strategically flawless decision to the Nazis.

But the murderers, the generals and privates, rebels and informers, as well as the names of those killed at the Risiera, they all disappeared from the city and from memory—a mass obliteration. Nobody knows how many profited from the war, or which of them turned a blind eye and collaborated: once the conflict was over, the city’s leaders celebrated the liberation and moved on, unpunished. Blameless. Or what the law defines as non luogo a procedere (also the Italian title of the novel), an expression meaning “no sufficient ground to take legal action, no cause to indict.” As Magris’s narrator puts it, “the Risiera was a dress rehearsal for hell, the cast of executioners got their golden handshake and that’s all.”

At first, Magris’s collector may seem a ranting weirdo possessed by a mania—if not an obsessive compulsive disorder—that pushes him to see the brutalities of war everywhere and to expose them through the objects he finds. As Magris describes it, this compulsion leads his narrator to search for truth: he looks for the names, written by the death-condemned prisoners on the walls of the Risiera, of the executioners’ potential accomplices, people of well-off Triestine society who would visit the Nazi torturers and not mind shaking hands with them. The collector makes a point to retrieve those names from the whitewashed walls of the Risiera and record them in his notebooks. That those notebooks presumably get destroyed in the fire belongs to the realm of fate and its bitter irony but shall not impinge on the collector’s intentions. We come to understand that his is a quest for truth and justice, not some crazy fetish.

After the collector’s death, the task of bringing his project to an end and organizing what remains of the museum falls upon Luisa Brooks, a local museum curator who had briefly met him. Luisa is important not just in her relation to the man. “Luisa is the true protagonist of the story,” said Magris in an interview with Anne Milano Appel, the book’s translator, “a figure totally invented, daughter of a Triestine Jewess, victim of the Shoah but also embroiled in family guilt, and of an Afro-American sergeant who arrived in Trieste with the Allied troops in May of 1945.” Luisa is not an automaton executing the collector’s will. She does not passively receive nor unconditionally approve his memorabilia and writings. Luisa questions his words, as well as the goals of the War Museum. She wonders what exactly she is going to communicate through that building, what she can make out of what remains of the grim paraphernalia he has gathered. Luisa’s is a thinking, rethinking mind. She meditates on the best approach to tackle her task as curator, and she mulls over the past and over history:

History . . . is a DNA bank, a valley of Jehoshaphat awaiting the resurrection of all the billions of beings who lived or live, since no atom of life is extinguished . . . [H]unters and usurpers try to defend themselves, to scrape their forefathers’ blood from their knives, but that blood is alive, ready to seethe in the veins of bodies resurrecturi in the memory and conscience of the world.

Though harsh, this view of history shimmers with hope—“the blood is alive”—and is to be remembered in the “conscience of the world.” Oblivion can be opposed by awareness and memory.

Conversely, while recollecting the final homo homini lupus days of war, the nameless narrator defines history in very different terms. “History is an electroshock; that’s why we’ve all became crazed, even the insurgents. Everyone against everyone,” and “there it is, History; dead, still, unmoving, a stone, a geode.” In regard to the atrocities that took place at the Risiera, he says,

All of human history is a wiping away of consciousness, above all the consciousness of what disappears, of what has disappeared. If someone or something is missing, it hurts, and so, after getting rid of it—in some cases wasting no time, like at the Risiera—you get rid of the consciousness and the recollection of having done so well. History, society, societies are masters of neurosurgery and are making rapid progress.

Luisa’s character also allows Magris to outline a story within a story, which expands the novel to include a peculiar thematic pair: Black slavery and Jewish deportation. “She is the product of two exiles, the Jewish and the black—two peoples who have had to cross the desert and the sea,” said Magris.

The story of Sara, Luisa’s mother, of Sara’s beloved African American husband, and of their ancestors makes its way through the multiple layers and voices of this palimpsestic, polyphonic novel. If at times we get lost or feel overwhelmed with lists of meticulously described warfare items or transient characters whose whys and wherefores we are at pains to remember, the fragmented tale of this special family stands out and hooks the reader’s attention. Out of a sea of details, this love between Luisa’s parents is a light the reader is pleased to follow. And by linking African slavery and Middle Passage mass deportation to the Jewish Holocaust, Magris can bring his novel outside Europe and deal with dispersion and trauma on a broader, global level.

In Blameless, trauma gets figuratively shattered into the endless warfare objects amassed by the collector, as if the whole assemblage would be an inert-yet-living memento of a pain that is both collective and individual. By intertwining two threads of loss, suffering, and displacement into one couple of lovers—Luisa’s mother and father—connecting the United States, Africa, Italy, and the Caribbean while tracing both characters’ ancestries, Magris ventures into double-diasporic territory. Multitude is the language that the Blameless narrator articulates through the mass of objects he rescues from history. In this, we are encouraged to appreciate the diversity of the past. Of pasts.

Reading this novel is an act of resilience and justice—just like writing it must have been for Magris. It is an invitation to us to re-appropriate historical memory. Italians who are not historians, or not familiar with Trieste, do not have a clue about the Risiera di San Sabba. Before reading the novel, I didn’t either, to my shame. The common thought is that crematoria and their horrors are elsewhere, not here. Magris turns our face toward the unknown. This is what great writers do. They push us into darkness. They know it is the only way for us to meet light.

Sara Fruner was born in Riva del Garda in the Trentino region of Northeast Italy. She has worked as a translator and commissioning editor for several years. Her translations include Dionne Brand, Monique Truong, Sello Duiker, Raj Rao, and Don McKay. Now living in New York City, she teaches Italian at the Fashion Institute of Technology, writes for La Voce di New York, collaborates as interpreter and performer at the Center for Italian Modern Art, and is a translator for Magazzino Italian Art. Bitter Bites from Sugar Hills, her first collection of poems in English, will come out this summer with Bordighera Press.