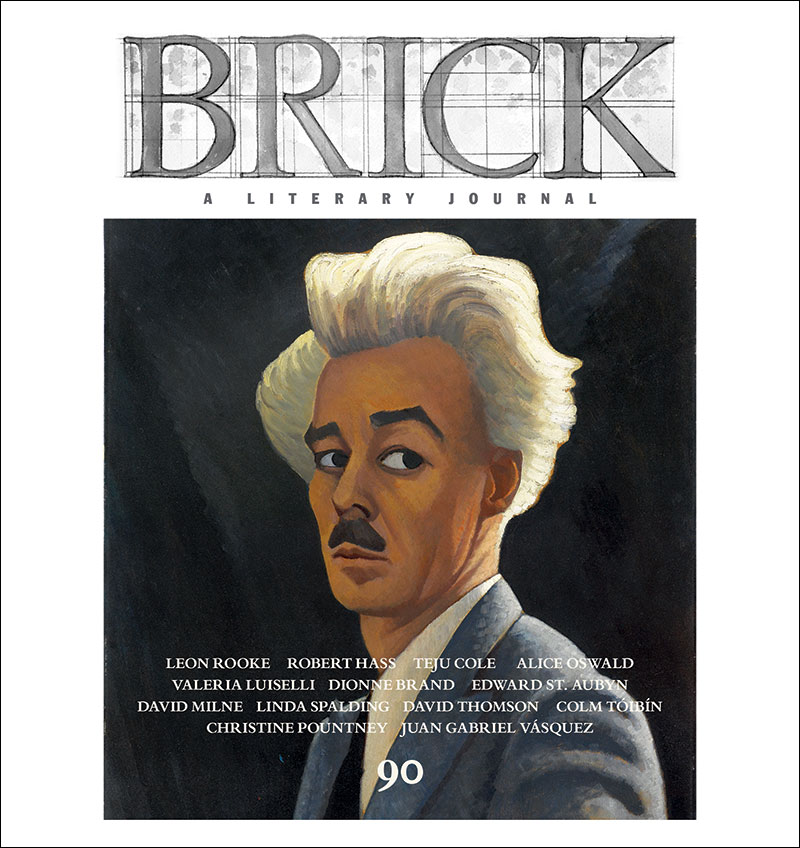 At the onset I’m simply not the sort of guy who throws himself on a live grenade to save the lives of his buddies. Think of the tombstone inscription: “His guts were blown out so that others may live.” A few months later a medal would be sent from the Pentagon in Washington to my home lauding me for “extraordinary courage.”

Courage is an antique word, more suitable to the nineteenth century, and does not apply to killing the enemy with drones. And I’m not talking about the plenitude of male courage of the cheesy variety. At my cabin during bird-hunting season a friend said, “It takes balls to drink three bottles of wine before dinner, then eat two whole chickens with more wine, and still go to the tavern for a couple of nightcaps.” He awoke hollering from suffocation later that evening. He had spilled the bottle of wine he took to bed and was now purple and his three English setters were sleeping on top of him. True, he walked as many as ten miles in a day of hunting, but our admiration for sheer consumption is limited. A petite girl at a bar in Rockford, Michigan, ate thirty-two hot dogs one day, but that certainly doesn’t mean I want to marry her even if she ate ten pounds of foie gras at a sitting.

My sense of courage is to continue struggling against unassailable odds. Say the last few months of Anne Frank, or Lorca standing there on the mountainside waiting for the bullets. Or Mandelstam wandering in winter in Russia with the Stalinists giving chase in order to kill him. He felt lucky to have a bulky, warm overcoat and was able to sleep in ditches, invisible because he was covered with snow. He would peek out from the drifts. This is a far cry from an American poet on a grant in Europe, wishing he had the money for a fancier hotel. There is a new and wonderful edition of Mandelstam’s poetry translated and edited by Christian Wiman. Of course Mandelstam is a heartbreaker who some hockey fans can’t handle. On a recent morning I awoke at first light, around 4:30 A.M., with the notion that poets were anthropologists of the soul.

It is a simmering hot, glorious 4th of July, a national holiday in which I do not participate because of crowd fear, and my wife, Linda, just drove me the sixty yards to my studio, my art shack as I call it. I can’t walk that far because I have recently been diagnosed with spondylolisthesis. It’s troublesome to have an infirmity you can’t pronounce. The hardest part about not being able to walk is the melancholy look I get each morning from my dog. My profuse apologies to her are so much blather as she really doesn’t understand English other than a few words. I can no longer run down our gravel road holding a football, but then I have never done so. The gridiron is anathema to me. Don’t worry. I’m not going to write about pain as I have in the last two issues. Since diagnosis I have been sitting and brooding for a month in my studio like an infected mushroom. I’d like to be writing a madrigal but I don’t know how, a sixteenth-century Roman madrigal in honour of the exquisite Italian lamb shank recipe my wife made for me from a Batali book. With it I drank a simple Brouilly, a French light red, a bistro wine designed for summer months. Humble as they are I favour the shanks over the leg because the flavour is more intense.

It is my hope that lying down can be construed as courageous. I nap three times a day and find the prone position very good for thinking. I suspect that consciousness herself requires courage because it is easier and more pleasant just to play dumb but it can get you in a mess. My own physical downfall was partly due to the slump I can fall into after publication. Last fall I published both a novel and a book of poems, after which my head went to sleep and I totally lost my attentiveness to my shingles, not that there was anything to do, or so said the Mayo Pain Clinic, and this back infirmity was creeping up. Now some surgeon will play tiddlywinks with my vertebrae. When you’re older you know your body is going to shitcan but you never see what form it’s coming in.

This morning when I was driven the hundred steps to my studio I saw two baby wrens wrestling like puppies under the apple tree. With wings it’s awkward to wrestle but that’s what they were doing: flapping, flopping, jumping in battle. Not that far away in the honeysuckle bush in the raspberry enclosure there’s a nest of transcendently beautiful yellow warblers. The infants are said to weigh one-twentieth of an ounce, the size of honeybees. In a couple of months when they reach the size of bumblebees they will take off south to Costa Rica or a neighbouring country where they, of course, have never been. How they’ll find their way is still somewhat of a mystery. There is an implicit, unconscious courage here. Some will flag and drown in the Gulf. In the spring when we used to fish off Key West, returning warblers would occasionally land on our skiff for a rest. Migrating Australian finches are said to stop for nine-second naps, not nearly enough for me. When I sit in my cheap plastic chair in front of the studio I’m brought to a dazed stop pondering the natural world. Here’s a little poem about sitting in this chair, staring at the garden:

Sitting out in my chair near Linda’s garden

a mixture of flowers and vegetables, pink iris,

I think that I sense the far-flung galaxies

and hear a tinge of the solar winds,

maybe not possible but I think it so.

With so many infirmities I await the miraculous.

Galaxies are only grand thickets of stars

in which we may hide forever they say.

Where is my dead brother I want to know?

The universe is wilderness. No one answers the phone

because no one has hands, just minds.

The hands have been forgotten back on earth.

Having been brought so low by my body I’ve been working on a survival plan, a bit absurd like all lists. Imagine Caesar’s:

That sort of thing. Mine is simply:

Obviously I need courage to deal with my current dysfunctional body. And religion? The bible says that the kingdom of God is within you. If so, I haven’t noticed it lately. I’m not making light of devotion or a mother praying to bring her baby back to life after it’s been cut out of the stomach of an anaconda in Venezuela. Human suffering has to be the largest of all question marks. You must beware of hope, a radically dangerous emotion. Hope can roll over and crush you. I went to a dozen doctors last winter in Tucson for shingles relief and each time I had a wide-eyed Midwestern hope and faith that was promptly smeared. Hope is a bourgeois Tinker Bell toy that can transform into a guard dog of the most vicious nature. You raise your expectations then are gutted like a deer. However, if you need to say a little prayer, go ahead and moisten your lips for the deaf gods, although it’s like fly fishing in a sewer: “Raise your chin, o son of man, your doom is around the next corner on the left.”

These infirmities have been mounting up to a degree that I can’t help but think I’m close to cashing out. Tomorrow at 7:00 a.m. I get a steroid shot in the spine that might offer some temporary relief, then a booster in August in order to go to Paris. I’m desperate at the idea of missing the Paris trip, though it’s a book tour and I’ll mostly sit on a balcony near the Odeon and do interviews. Interviewers are muttonish but part of the game. Yes, I write longhand with a pen and tablet. This is hard for people to believe but to me the computer is the spawn of Satan. Then again, I’ve always been a Luddite, much saddened by the invention of the auto. Many people think a Ferrari is beautiful but it isn’t if you compare it to a horse.

Of course we are loaned this life, then suddenly one day it’s overdue. This is a little tight and nifty but so was Rochefoucauld. I fully expect to make a long walk to Virgo to see the clusters of a trillion stars. I wonder how they counted them? I had worried about reaching the year 2000, at which I’ve been successful. All my dark dreams about dying young like so many in my humble trade never happened. Hundreds warned me I was going to die young from smoking and drinking but I disappointed them.

Returning to earth, my favourite place after all, at least for the time being. This evening we’re having our first pesto of the summer, what with the basil having matured. I love this dish. It is the taste of early summer eventually overtaken by garden ripe tomatoes. The garden is huge, the vegetables mixed with dozens of species of flowers. It is visual splendour. I stare at it for hours in an effort to forget myself. When the Lakota used to ride into battle they would say, “Take courage, the earth is all that lasts.” I am notably not a Lakota though I have visited Wounded Knee several times to kneel and pay my respects, also the site of the death of Crazy Horse, which reminds you of the utter shabbiness of Washington now. When his three-year-old daughter died he climbed the tree to her burial platform and stayed there for three days, playing with her toys.

I am not a Lakota warrior in the nineteenth century. I tease my mind knowing if I didn’t have a wife and two daughters and grandchildren, I would have offed myself during this period when life offered so little except pain, occasionally a courageous act. Also in these dire times I am a partial support of eleven. You ultimately don’t want to disappoint others or make them feel they failed you. Nothing failed you except your body. I once wrote long ago in a prophetic poem, “Our bodies are beautiful women never meant to be faithful to us.”

Jim Harrison (1937–2016) was an American writer known for his poetry, fiction, reviews, essays about the outdoors, and writings about food. His books include Dalva, Legends of the Fall, and Brown Dog. He was a longtime contributor to Brick.