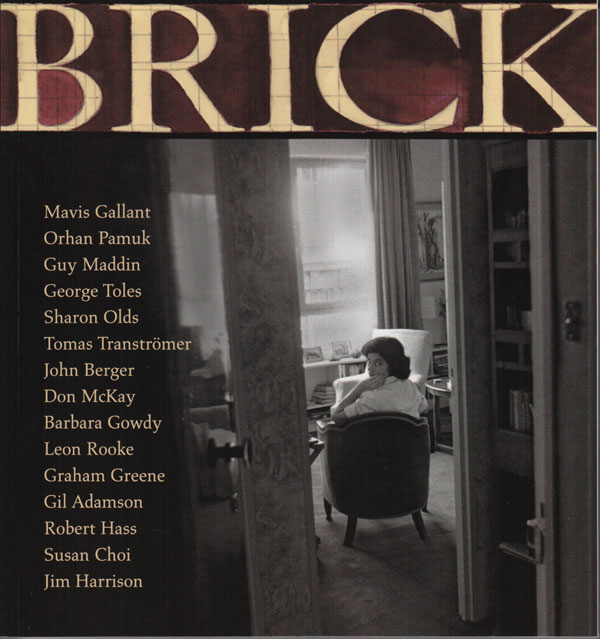 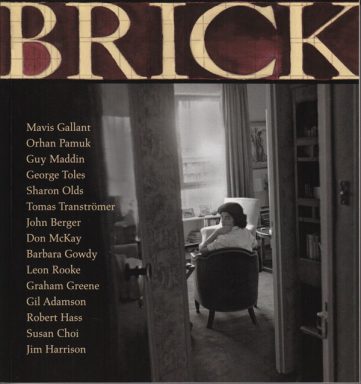 Tomas Tranströmer published his first book of poems—the stunning 17 dikter—when he was twenty-three years old. Eight volumes have followed, each rather austere and beautifully made. The poems were, from the beginning, thick with the feel of life lived in a particular place: the dark, overpowering Swedish winters, the long thaws and brief paradisal summers in the Stockholm archipelago. But they were also piercing inward poems, full of strange and intense accuracies of perception. The most famous lines—

—stay with one a long time. And there are whole passages equally indelible:

Hieroglyph is the right word. The brilliance of the metaphors, and their originality, was what most attracted the attention of other poets and made Tranströmer the most widely translated European poet of the post-war generation. His work has been translated into fifty languages, and as if each dialect required its own version,into English by English, Irish, Scottish, and American poets. This is remarkable at least in part because his work is not easy or immediately comforting. It was admired by poets first, and that is what the work in translation tells us.

His brilliance is very difficult to separate from the terseness and almost classical restraint of a style that makes almost all other poets seem garrulous, sociable, eager—even in their most rebellious attitudes—to please. Tranströmer’s metaphors have a way of suggesting an uncannily alert imagination turned to an undeciphered, but not entirely undecipherable, world. Its meanings often come in hints, glimpses along the way, sometimes brutal and ancient, sometimes unnervingly fresh. Almost always this world is as peculiar, bald, and hermetic as the opening of a hand when we cannot say whose it is or what purpose it intends. And almost always in the poems, the everyday world, the one organized for the purposes of power, commerce, pleasure, and transportation, is not the one we need to read. This way of seeing gives one the feeling, reading him, that one ought to wake up from whatever one’s previous idea of being awake was, and it has made him one of the most urgent imaginations of our time.

The later poems often occur in the moments between sleeping and waking, between work and home, as a commuter on the outskirts of cities, as a tourist at the edge of cultures. It wasn’t without profit that Tranströmer the poet practised his profession as a psychologist in small cities outside Stockholm, working as a psychotherapist and counsellor in an institution for juvenile offenders and then as a psychologist for a labour organization. This immersion, or submersion, in the working world may be what gives his poems their intense sense of what it is like for consciousness to try to locate itself around the edges of the meanings—social, political, existential—it finds itself among. That must be why so many of the poems take place along the blurred seams of twentieth-century life, when the imagination has come unhinged a little and ceases to know what it thinks it knows about itself. These poems, more than any others I can think of, convey a sense of what it is like to be a private citizen in the second half of the twentieth century. Anywhere this private citizenship exists—among the people who read and write books, for example—the phrase conveys the idea of a certain freedom, a certain level of comfort, and also some unease and isolation.

And this is another powerful feature of his art. It praises art, but it never claims any special privilege from the situation of the artist. Maybe it is in this way that Tranströmer’s break with modernism is most complete. Other poets of his time and of his stature—one thinks of Zbigniew Herbert, Seamus Heaney, Joseph Brodsky—have faced the public world and the public horrors of their time with an art in their hands that served as both a hermeunetic of suspicion and an honourable tradition of dissent, but Tranströmer’s poems don’t seem to lay claim to that tradition. Art, especially the art of music, comes into his poems as other hieroglyphs, hopeful scents picked up from the world’s unpromising winds. One of the most powerful of these images comes from his long poem Baltics, when he stumbles on a carved baptismal font in an old church:

Reading this, one understands that part of Tranströmer’s power is that, all along, he has been doing the work of a religious temperament in a secular and dangerous age and why he is, as the poet and critic Goran Printz-Pahlson has written, “one of the central and most original poets of our time.”

Tomas suffered a stroke in 1990 that left him partially paralyzed on his right side and that affected his speech. His wife, Monica, is a nurse. I am told that, while he was recovering, she drove to Stockholm, found a music store, and bought all the piano literature for one hand she could locate, drove home, gave it to Tomas, and told him to get to work. It must have been an effective therapy. Tomas was already an accomplished pianist, and his publisher Bonniers has recently issued a CD that combines recordings of his poems with recordings of his work at the piano. The piano performances, like his late works—the remarkable “Sad Gondola,” and the haiku, a few syllables like scratches in snow that make up most of The Great Enigma—feel like metaphors for his art. One hand finding its way, note by note, in a darkness it has made luminous.

Robert Hass’s most recent books are What Light Can Do, a volume of essays, and The Apple Trees at Olema, selected poems. He teaches literature at the University of California at Berkeley.