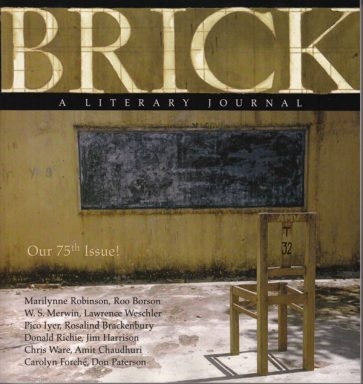 I always find it a bit surprising when I hear the directors and producers of Hindi films say, “This one is very good—it’s almost as good as Hollywood.” I realize it’s probably a quality of professionalism, a technical finesse, they have in mind; because, creatively, mainstream Hollywood cinema today is arguably the least interesting and most infantile cinema being made anywhere. Its success might be an object of emulation—but does it compel admiration in any other sense?

For ever since we can remember, Hollywood has been not only a principal producer, but also the chief definition of popular cinema. But, in the last twenty years or so, it has become more: it has become, almost unobtrusively, a universal type. I feel this especially when I am in the DVD and video section of a book or music shop in Britain—there is cinema, and then, in a corner, there is “world” cinema. What’s happened to the adjective “world” here is striking: robbed, both physically and conceptually, of size, volume, and mastery, of the glamour it possesses in other conjunctions (“world famous,” “world class”), it has become a ghost of itself, an uncharacteristically minor term. The “world” is an obscure and down-at-the-heel Hollywood suburb, which people, these days, visit infrequently.

The transformation of Hollywood into a universal has been appropriate to its role in the unipolar world, as a sort of statist art form in an age in which states are disappearing; but it has cost it artistically. When I say “artistic,” I have a particular notion of the word in mind, a notion that was fully expressed only by twentieth-century modernism and its various tributaries, but which has been at work in the domain of art across time and cultures: the idea that the “universal” in art is in constant tension with the particular, the random, the aleatory.

In an intriguing essay, “The Sacred Circulation of National Images,” the social scientist Partha Chatterjee is puzzled and engrossed by what has happened to these “national images”—for instance, the Taj Mahal; Shah Jahan’s Red Fort—as they’ve been represented in our textbooks in the last forty or fifty years; that is, in India’s relatively brief, but palpably long, history as a republic.

Chatterjee discovers that early photographs and engravings found in textbooks dating back, say, to the twenties, are gradually replaced in textbooks after 1947 by a certain kind of line drawing. He finds no economic raison d’être for this change: “Are they cheaper to print? Not really; both are printed from zinc blocks made by the same photographic process.” But the more telling change occurs in the nature of the representations themselves, as the pictures of certain monuments are transformed into “national icons.” The earlier pictures and photos, Chatterjee finds, have an element of the random in their composition—an engraving of the Taj Mahal has a nameless itinerant before it; an early photograph shows a scattering of “native” visitors before the same building; early pictures of the Red Fort or the ghats in Benares have the same sort of “redundant” detail in the foreground.

As these monuments are turned into “national icons” in post-independence history textbooks, the pictures are emptied of signs of randomness, emptied, indeed, of all but the monument itself, and a new credo and economy of representation comes into existence: “There must be no hint of the picturesque or the painterly, no tricks of the camera angle, no staging of the unexpected or the exotic. The image must also be shorn of all redundancy…” Although Chatterjee places this “emptying” of the textbook image in the context of the Indian nation-state, and identifies this as a process by which national monuments are turned into “sacred” images, its impetus seems as much Platonic as nationalist: a nostalgia for the ideal likeness, unvitiated by reality’s unpredictability.

Something similar has happened to Hollywood in the last twenty-five years: an iconization has taken place; in the meantime, the aleatory has been steadily suppressed. If you study a frame in a contemporary Hollywood movie, you note how it has been denuded of the random, the redundant, of what Barthes, looking at stills from Eisenstein, called the irreducible “third meaning”; even the incidental details—a stall selling newspapers or fruit on a street—are a premeditated part of the design. This is the transformation of Hollywood from art or entertainment into, to borrow a phrase from Chatterjee, a “sacred circulation of images” in our globalized present; from cinema to a Platonic likeness of cinema (“true-blue cinema,” to quote a film critic in The Telegraph in a review of the film Black); and more. What is revealing is how easily people have accepted this sacralization, and how few have remarked on the passing of the random from “true-blue cinema.”

As a reader (and writer) who has a particular investment in the occurrence of the redundant and the random in works of art, I find revealing the disappearance of these elements from some of the major art forms in the world we now live in. “Much of the best things in a [John] Ford film,” said his devotee, Satyajit Ray, after Ford’s death in 1973, “has the mysterious, indefinable quality of poetry. Because some of them appear casual—even accidental—it is difficult to realize how much experience and mastery lie behind them.”

And then he provides an instance, a “moment,” from the Ford film Fort Apache. “Two men stand talking on the edge of a deep ravine. There is a broken bottle lying alongside. One man gives it a casual kick and sends it flying over the edge. A few seconds later, in a gap in the conversation, the soundtrack registers the faintest of clinks. That’s all. This is the sort of thing that belongs uniquely to the cinema. What it does is to invest a casual moment with poetic significance. Those who look for ‘meaning’ here, whether symbolic or literary, and are disappointed not to find it, are obviously unaware of what makes for poetry in the cinema.”

Ray’s description here is itself composed in the language of the aleatory—“accidental”; “faintest”; “that’s all”; the repetition, three times, of “casual.” The elegy for Ford is an elegy for a certain kind of sensibility that cinema—even mainstream Hollywood cinema—once accommodated, for Ford was a commercial filmmaker. Like the person who, in the twenties, made the engraving of the Taj Mahal with the single itinerant before it, Ford, by his own admission, was doing a “job.” Ray begins his tribute with a speculation—“either Ford did not think of himself as an artist,” or, as Ray believes, he possessed such confidence in his mastery that he didn’t worry about the pedestrian commissions he sometimes took up. One might wonder, similarly, about the person who made that early engraving. On the one hand, it’s just another textbook picture; on the other, it’s lit with the instinct for the casual that makes it unrepeatable.

Amit Chaudhuri has written four novels (the most recent of which is A New World), a book of short stories, and an acclaimed critical study of D. H. Lawrence’s poetry. Chaudhuri has won several awards, including the Los Angeles Times Book Prize and the Indian government’s highest literary honour, the Sahitya Akademi Award.