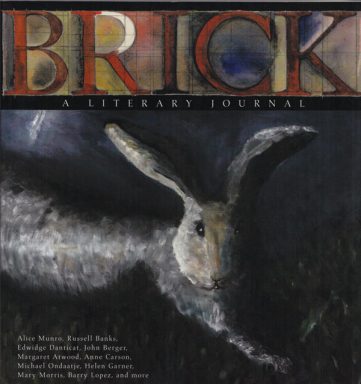 A. J. Liebling’s account of Louisiana politics, The Earl of Louisiana, opens with the observation that “Southern political personalities, like sweet corn, travel badly. They lose flavour with every hundred yards away from the patch.” Most writers attempting to understand the byzantine nature of Louisiana’s political life would probably have made the more conventional connection between politics, sex, and money, a trinity on display, for instance, in the trial of Edwin Edwards, prodigious womaniser and gambler as well as three-time governor of that august state. Liebling, however, unerringly captures the essence of Louisiana in the simile that unites food and politics, the belly and not the groin or pocketbook the central term of its existence.

I was lucky enough to live in Louisiana for seven years and the following recipe always reminds me of the decadence, political and otherwise, that I relished during my years there. Shrimp étouffée (“smothered” or “suffocated”) is a traditional Cajun dish, this version cobbled together from half-a-dozen Louisiana junior-league cookbooks with a friend (Jerry Speir) whose Louisiana birth gives this recipe whatever authenticity it possesses. I enjoy making this dish not only for its taste, but because of the preparation of the roux, one of the few cooking tasks worth the bother of stirring for thirty to forty minutes without interruption. Even after dozens of repetitions of this recipe I still take pleasure in the care necessary to combine flour and butter properly; the process, as well as the result, is voluptuous.

Making the roux: After melting the butter over a medium-low flame in a large, heavy pot or kettle—cast-iron providing the greatest authenticity—slowly add the flour a little at a time, carefully stirring to incorporate each addition fully. After you’ve added all the flour, continue to stir as the mixture simmers. During this time the roux is both volatile and dangerous: it will quickly burn itself if unattended, and you if splattered. Gradually the dense mixture of flour and butter will get thinner and begin to change colour. After twenty minutes I become anxious, but eventually the roux will transform itself, become darker and darker, and finally achieve a rich reddish-brown. You can now proceed to make the étouffée, though the flour in the roux remains so over powering that it hardly pays to taste the dish for the first two hours. Only gradually does the roux begin to develop its nutty flavour, aided by a brave and heavy hand with the spices. Be vulgar: Cajun cuisine is earthy, not sophisticated, and Louisianians consider this a spicy dish.

After the roux has turned colour, add half of the chopped vegetables—again, keep your face out of the pot: the roux splatters easily at this point—stir vigorously for a minute or two to coat them thoroughly with the roux, and then add enough water, which you’ve brought almost to the boil on another burner, to make the gravy. A proper cookbook might describe the gravy as thick enough to coat a spoon; ideally it should be almost, but not quite, impossible to place anything beside the étouffée on a plate, since the gravy should run enough so that it isn’t quite absorbed by the rice that the étouffée is served on, but requires the final sop of a crusty French bread.

Partially cover the pot and simmer over a low flame, stirring occasionally, for three to four hours. During this time a crust will periodically form on top of the étouffée: mix it in whenever you stir. You will also have to add hot water occasionally as the étouffée gets too thick. While the mixture simmers you can continue to taste and add spices. About an hour before serving, add the rest of the chopped vegetables and remove the cover entirely. About fifteen minutes before serving, add the shelled shrimp and a handful of minced parsley.

Serve over rice with a loaf of French bread. For those who must, brown rice will do, though such gestures to health and nutrition betray the dish’s heritage. This is emphatically not good for you. I recommend a white basmati rice, whose nutty flavour compliments the étouffée. Serves six comfortably.