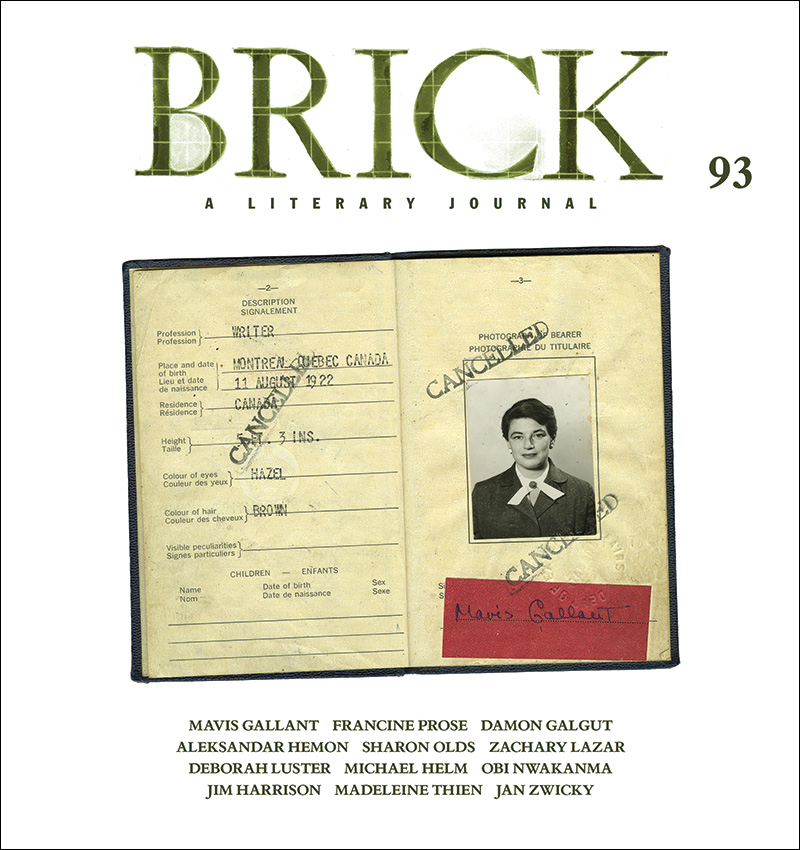 While Andrei is securing the box full of guns, Natasha and I get in the car. It’s a black SUV four-by-four, streaked with scratches, raised on huge, flinty tires. She takes the passenger seat, I clamber in the back; I’m wedged in with rucksacks, and the whole inside smells like firewood.

Then Andrei jerks open the driver’s door and pushes into his seat, shifting and slamming and taking short little breaths. He is a Magadan native, six-foot and barrel-chested, bald, bulging at the shoulders. He wears a tight black T-shirt and camouflage pants. He looks like he could wrestle a tree into a river.

He says something to Tasha, who is my interpreter. They are an unlikely pair: he Shrek-like; she apparently on loan from a Miami warehouse party, petite and dirty blond, with mirror shades perched on her nose, and mammoth raver sneakers pillowing her feet. Her hoodie is Day-Glo blue.

So we go. Thundering out of the junkyard, skidding onto Russian asphalt with the radio shrieking a hard-rock Cat Stevens cover. Andrei is clutching the wheel, and I am clutching the seats ahead of me, and my teeth are jittering in my jaw like a collection of clay souvenirs. Here I am in Magadan, in Russia’s far east, en route to a former prison camp. I do not have a seat belt. There is a crack in the middle of the windshield. Beside the driver sits a black-and-white GPS screen, a dash-mounted DVD player. Andrei does have a seat belt, but he is not wearing it. He never wears it. For the next five hours, the no seat belt alarm will ping and ping, ignored. It is almost soothing. It is almost, almost soothing.

This is the Magadan Oblast federal road to Yakutsk. The name looks more elegant in Cyrillic: Якyтск. (We are not actually headed to Yakutsk; Yakutsk is twelve hundred miles away.) Though paved, the road is pitted, lumpen. We fly past Magadan’s crumbling tenements and its soaring radio towers, past the abandoned fairground and the region’s most popular tourist destination—the Mask of Sorrow, a monument to victims of the Gulag. We don’t make any small talk, not about wild dogs or sports teams or the Mask, that doleful face on the mountainside. And soon Magadan has poured away behind us. We are among acre after acre of scrub, then thick forest, rolling hills, pines like plumes along the cascading slopes. A bundle of reindeer bristles swings above Andrei’s head, suspended in the space that is traditionally reserved for fuzzy dice. The bristles are a souvenir from the town of Oymyakon; they say so, in beading, and memorialize Oymyakon’s lowest recorded temperature: minus seventy-two degrees Celsius (minus ninety-six degrees Fahrenheit). I admire this doodad for many moments before realizing that although the bundle hangs where fuzzy dice might swing, it is not swinging from a rear-view mirror. This is because there is no rear-view mirror. Someone has torn it off. Andrei pushes a button on his USB flashdrive and the music changes: Russian dance music, pounding and insistent, like an overjoyed headache.

I watch the taiga streaming past our lowered windows, and then I lean forward to make sure: “We’re driving through ‘taiga,’ right?”

Natasha translates. Andrei nods. He clears his throat. This seems to have been a stupid question.

But look at all this taiga! The sparse, scattered conifers remind me of Northern Ontario. I am embarrassed by my mental analogy: here we are on the other side of Siberia, near Soviet permafrost, and I am comparing the scenery with Northern Ontario. I don’t know enough about geology, ecology, geography; I remember a place by its shades of brown and green. Here and there, dandelions skirt the side of the highway, as though we are simply skimming down a suburban off-ramp. In other spots, the paving disappears—gigantic trucks rumble past, dust clouds like the trails of comets. We buzz our windows up and plunge ahead.

Andrei accelerates with confidence. We surge over potholes, suspension sagging. I am flung from one side of the car to the other. The no seat belt alarm pings on. I can’t decide if I feel more like a chauffeured businessman or the terrorized victim of a kidnapping. The car climbs a hill and now we emerge into new landscape: instead of raking hills this is a plateau, a valley, ringed with mountains. The town of Atka passes in a blur. I see a concrete hammer and sickle, apartment blocks, what could be a lake but what is instead a slab of ragged white ice. It is June. The car’s bass booms. “This is Black Lake,” Natasha says, pointing through a break in the trees. She translates for Andrei, who explains that Black Lake has no birds or fish, no wildlife. I ask him why. “Nobody knows,” Andrei says.

He has a five-year-old son, he tells us. He wants to give him a motorcycle.

At Dneprovsky, we traipse through fields where dozens died. A former pewter mine and Gulag prison camp, now an overgrown valley with collapsing barracks, collapsing guardtowers, collapsing adits where machines raised metal from the earth. It is reassuring that so much has collapsed. The horror site is disintegrating. Curious Natasha, stern and kindly Andrei—we stand in a clearing with our indestructible SUV, and I feel like we won. Not Western capitalism: curiosity, stern kindness. The world was going mad, stupid and cruel and mad, and we beat the madness back. Didn’t we? Almost immediately I discard my silly thesis, mock my naiveté. What the hell did we win? Who’s “we”? Where is this happy, gentle-hearted utopia?

Andrei, beside me, kicks a coil of hard, dried shit. “Bear,” he says.

At nightfall, ten million mosquitoes rise up from the land. Barely visible, they hang in the air like dust motes. Andrei uses a Zippo to light a dozen mosquito coils. He sets the table. We eat instant ramen from plastic bowls, spear chunks of horse-coloured canned meat. There is bottled water, vodka, cranberry juice. Wisps of smoke lift from the ends of the coils. We talk about prisons and liberties. The stars are out—a canopy over our tent. Mosquitoes wait in the dark.

Then when it’s time to go to sleep Andrei rummages in the car until he finds a hunter’s knife, which he gives to Natasha, and a pickaxe, which he gives to me. He opens the clasps on the gun box and takes out a rifle. The valley feels still and open, like a wilderness that goes on forever. If there is a bear, we will try to kill it.

Sean Michaels visited Magadan during the research for his first novel, Us Conductors, which was published this spring. His previous contribution to Brick, “The Lizard, the Catacombs, and the Clock” (Brick 85), was anthologized in The New Brick Reader. He lives in Montreal, where he writes about music for the Guardian, McSweeney’s, and at the blog Said the Gramophone.