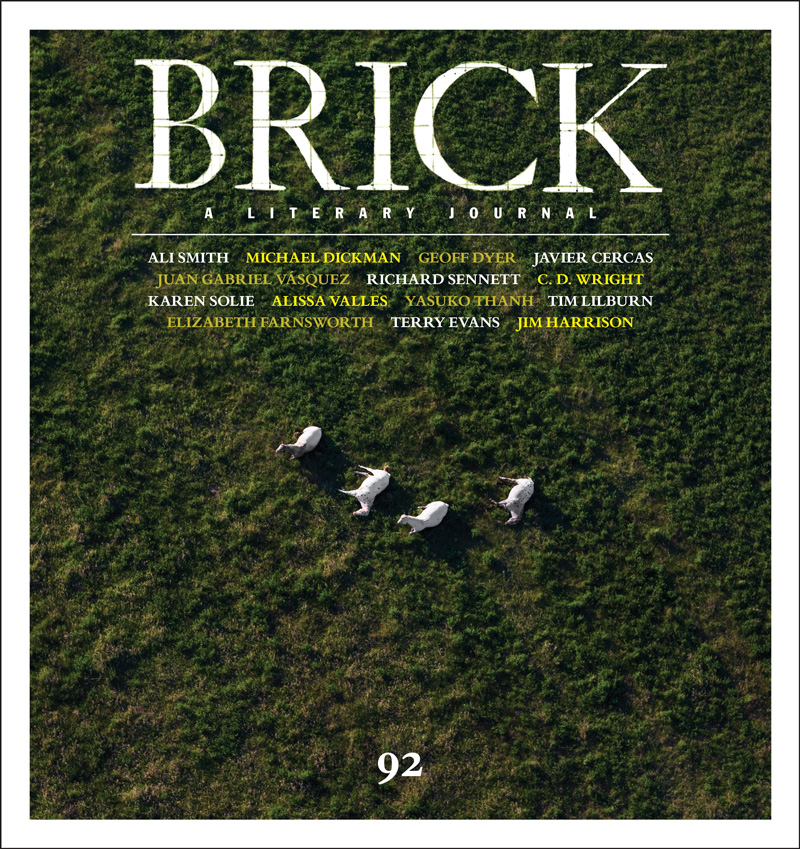 Vancouver photographer Robert Kenney records me for posterity. He’s doing a project about Canadian artists. Guess that means I am one.

“Don’t smile.” These were my instructions. Now I know why people in historical photos always look grumpy. How did people sit still for so long? Movement creates a blur. No candid-camera shots here.

I stare into a 156-year-old lens. Too much motion and that body part starts to look like it’s underwater. Much more than that and the body part disappears completely. If you want to be captured, you must remain still.

Robert is interested in wet-plate photography’s aesthetic possibilities. Developed in the 1850s by a sculptor named Frederick Scott Archer, collodion photography revolutionized the art because of the relative ease with which one could make multiple copies of an image. Studios popped up everywhere, and even the poorer classes could now afford a portrait from time to time, never mind the occasional explosion caused by inexperienced photographers mixing their own chemicals and blowing out windows as far as the next street.

I was interested as soon as Robert contacted me because old pictures are my thing. Memento mori. When I can’t sleep, I go online in search of them, lured by their horrific faces. Remember death. A last photograph. In some cases, the first.

A dead baby girl lies in the arms of her mother. A baby in a pram. A small boy on a daybed. “The Little Angel,” “The Graveside.” I study their eyes. An infant photographed minutes before being lowered into the ground—a ring on his finger, a lily in his hand. I’ll never have another baby. The loss crumbles, like toast crumbs, into everything.

My husband and I have been trying to get pregnant for a year with no success. Oh, for just another chance at little notes in coloured marker, slippers shaped like ducks, a six-year-old’s abomination of broccoli.

Close-ups of the face. No coffin ever used in Sleeping Beauty photographs.

More than seven thousand images of the American Civil War exist. Mathew Brady, one of the men who photographed the war, was hit by a horse-drawn streetcar and died years later of complications from his injuries, in a charity ward, penniless and blind.

War-weary, a nation just wanted to forget. The story goes that people bought the glass-plate negatives of photographers’ collections not for the images but for the glass itself, and they built greenhouses out of them. Years later you’d find these greenhouses crumbling in farmers’ fields, the panes fading in the sun, small boys shattering them with stones.

I came across an artist on YouTube, Michael David, who’d built a greenhouse out of glass daguerreotypes because the story, mythologized in a few seconds in a documentary film on the Civil War, haunted him so. Linda Bierds wrote a series of poems about glass-plate greenhouses for her book The Profile Makers. Collage artist Michael Oatman recreated the structure with a group of architectural students.

Ideas make me think of seed pods. The way they burst and scatter and float and settle and sit and warm to the dirt. Take root, grow too stubborn to pull out.

In fact, the story isn’t true. The Library of Congress can account for the majority of the glass plates in the Civil War Collection—even broken plates are painstakingly collected, each sliver in its own pocket. No collection is missing enough plates to have built a field of greenhouses.

But as with most legends, the message about transience is true. It’s what I think about when I think of photographs. We don’t want to be betrayed by time. We want our memories to stick around.

A postcard from the 1920s shows a young girl in cotton stockings, her coffin propped against a wall, the bed cover a makeshift backdrop. A pencilled inscription at the bottom of the frame reads: “There’s a silver lining in the clouds for me.”

The final meaning of a photograph is simple: “That has been.” But photographs, paradoxically, can raise the dead. My daughter points to a photograph of my grandmother as a little girl and cries, “There she is!”

Yasuko Thanh is the author of the short story collection Floating Like the Dead (McClelland & Stewart, 2012). Her first novel, set in French Indochina, is forthcoming in 2016 with Penguin Canada, Hamish Hamilton, and Editura RAO, Romania. She also plays in a punk band.