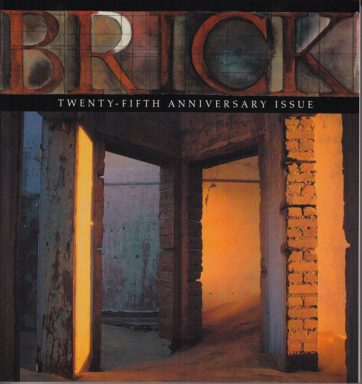 There were two alternatives that presented themselves to me during my teens. What I was told I would or should be, and what I wished to be.

Every year, at my school in England, career advisers arrived, spoke to you for thirty minutes, and a week later revealed what you were cut out for. I was told that I should be a customs officer. Among all the careers given out at the school that year—some boys were to be cabinet ministers, entrepreneurs, writers, businessmen, magazine editors, dramatists, architects, lawyers—I was the only one with this career. This was my niche. Nowadays I go through Customs and a huge sense of guilt overtakes me as I stand at the red line. It is the career I ignored. No matter that artists such as Herman Melville and Henri Rousseau went into that noble profession, I had evaded it.

The second grouping—of what I wished to be—constantly changed, for there was an essential lack of talent and skills: I wanted to be a pianist in the style of Fats Waller, and/or I wanted to be an illustrator of adventure books (many black-and-whites and a few colour plates, as in N. C. Wyeth’s work). But there was also always a greater wish in me to transform myself and find a “career” as an animal or bird. This childish fantasy lasted far too long and even after my children had grown I would wake up wishing to be a crow or hound. (The best compliment I ever got was when Gabriel Yared’s wife told me I danced like a wolf.)

The creature I wished to be most of all in my early teens was a badger. Or “Badger.” It was no doubt after reading The Wind in the Willows, and even now I still imagine that the social world of a “literary life” would be better if modelled on the community of that book, with more females perhaps.

But jazz pianist and illustrator were closer to home. Still, even now, when I see a hare in a field, I know there is the other, unlived, life.

Michael Ondaatje is the author of several books including Divisadero and The Cat’s Table. He was till 2013 an editor at Brick. He lives in Toronto.