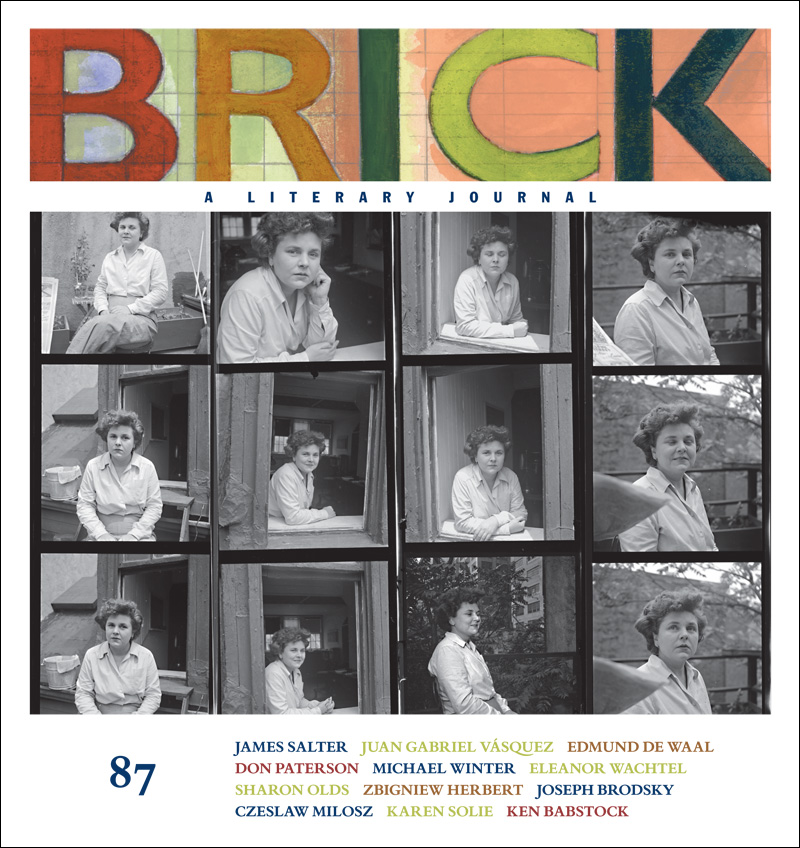 Like many physically lazy men, I am far better with my hands than I reveal myself to be. I am a great believer in getting A Man In. Men In, or indeed Women In, need the work, and I have plenty of work of my own. As Cyril Connolly says, we should dedicate ourselves to the 1 percent of our skill set that is unique, not the 99 percent that others can do as well or better. To achieve this, however, often means falsely declaring oneself 99 percent useless. Consistency is important here. Take the total inability to wrap Christmas presents I had long affected, until a girlfriend, looking at the row of tiny folded animals on my desk (I’m looking at some as I type this: a chimpanzee, a centaur, a duck, a flamingo, a turtle, a winged horse, a beagle with a horrible wee humpbacked man making love to it from behind), reasoned accurately that this could simply not be so. She was right. I can wrap Christmas presents like a dream. I will detail the reasons.

One day, my mother, attempting to save me from another week of Olympic-standard middle-distance staring, brought home a copy of Robert Harbin’s Origami 2. This was clever, as she knew me well enough to know I would hold anything called Origami 1in immediate contempt. I got wired in, and after about ten minutes I knew I had found my career. Now, there’s only really one dimension in the universe: volume. Everything has it. Post–Big Bang, the other two dimensions are necessary reductive fictions. There are many of us drawn to reductive fictions, though—the lie of the causal narrative, love’s ciphers, the one-dimensionality of the star in the telescope—and pretty much the only thing that really comes on like two dimensions (in a way that isn’t contingent—like paint, or gold leaf—on some third thing) is the sheet of paper. It’s a sort of impossibility, in its way. That’s why we’re wowed by things like very flat TVs, the MacBook Air, the book of poems. Things aren’t supposed to disappear when you turn them side on.

There are only a few good uses to which you can put a single sheet of paper. Basically, you can blow your nose, impersonate Neville Chamberlain, wipe your bum, surrender, pay for your muffin, or fold one of Jack Skillman’s box-pleated polyhedra. Origami has the simplest medium of all the arts, next to singing. Better, it has only one rule: you can only fold, not cut or tear. It’s both a crazy restriction and a Zenlike edict. Whatever it actually ends up looking like, the model is still the same unbroken square, still of an essence with its origin, and can still be unfolded to its primal, innocent state. At its best, origami really does appear to distill, from some plane of eternal innocence, the true Forms. For those only acquainted with the Flapping Bird or the Fortune-teller, all this will sound highly improbable. Their skepticism can be answered in two words: Akira Yoshizawa. Yoshizawa more or less invented modern origami, and was the first of just a handful of folders who have elevated it, occasionally, to an art. It is not an art, despite the lofty claims sometimes made for it. It’s a procedure: you can often achieve an identical result to that of a 13th Dan origamist by carefully following their instructions. But Yoshizawa was a genuine artist working within a self-limited system, like Morandi with his half-dozen cans and bottles. He was remarkable in that not only did he more or less invent the techniques of modern origami, he was never remotely surpassed in them. Yoshizawa lived to a great age, and died in 2004. I wrote an elegy for him, called “Unfold,” which consisted of a title and two blank pages—i.e. a sheet of paper. It was a heartfelt nothing, and wasn’t meant to be clever-clever, but I suppose it looked that way.

After Origami 2 I got Harbin’s other books—Origami 3, Origami 1 (grudgingly, for the sake of completism; I was sneeringly delighted by its babyish models), and then a reprint of Paper Magic, a much older book that claimed it had “introduced origami to Britain,” though the introduction had been more discreet than Harbin’s ambitious puff declared. Paper Magic, catastrophically and sometimes incomprehensibly illustrated by the young Rolf Harris, was nonetheless a fine book. The real holy grail, though, was Harbin’s Secrets of Origami. I finally tracked it down at Thins in Edinburgh, then the biggest bookshop in Scotland. It was less a shopping trip than a pilgrimage, and I had never known an anticipation like it. I didn’t dare even open it till I got home: it was a physically massive blue tome, a vast origamicon.

(Although I felt that anticipation many times again as an adult, only maybe my pre-ordered collection of Borges’s essays, The Total Library, has got me in the same state of sick excitement. And at the time of writing, Cioran’s as-yet-unpublished-in-English Cahiers is building up the same awful momentum that gives me a knot in the stomach just thinking about it. I suspect the truth might be in there. And that being the case, I might not ever get to read it; this is as awful as the thought of Stephen Hawking sitting with the Unified Field Theory suddenly meshing in his head, his last good finger finally frozen on the button, and no way to tell anyone. I’m also at that stage of life when you realize there’s no one else going to take care of this, so I’ve had folk call up Richard Howard, that sublime, indispensable stylist, and plead with him to get a move on. We’ve got the rights off Gallimard. I’m just going to f-ing publish it myself. Yes, I know I could learn French.)

Unusually—confusingly, even, given a life that had been until now an extended riff on post-Christmas letdown—there was no disappointment when I did open the great blue book. Secrets presented the work of a number of Western folders, whose names I soon burned into my brain as my coevals did their football stars. I assumed they were just as famous. I was amazed to read that some of them appeared to have other jobs. Even Harbin, I read, was one of Britain’s most famous magicians. I had no idea. There was Neal Elias, with his slightly unpleasant, angular style; Gershon Legman (the sexologist and litterateur), with his elegant and intelligent animals; Fred Rohm’s legerdemain, whose outrageously frivolous models—a snake-charmer, a seal balancing a ball on its nose, a bunny on a die—always had some breathtakingly impressive maths and engineering under the hood; Ligia Montoya, who always “folded white,” and her exquisitely detailed flowers and birds and insects; the beautiful proportions of Adolfo Cerceda’s aviary. And there was the papiroflexia of one Miguel de Unamuno, whom I therefore got to know as an origamist a good twenty-odd years before I opened Tragic Sense of Life. Even now I tend to think of philosophy as his second string.

There was, in all these books, tantalizingly little of Yoshizawa. Maybe a simple fold or a few photos—Secrets had one of his famous early “swivel” monkeys, a baboon, in which I could detect an artistry that no one could possibly put into a set of instructions. When I finally got hold of a few of his books, the shortfall between my careful following of the diagrams and the photos of Yoshizawa’s own complete models was heartbreaking. Instructions for a Yoshizawa model were like the changes for a jazz standard—that’s to say, just a set of possibilities for interpretation, allowing for everything from genius to cacophony. To the rest of the world a crease was a crease. Yoshizawa folded with gradations of creases, he folded only as much as he had to. He folded, as he said, “with the grain of the paper,” which was really more sculpted than creased. I remember turning the page to a photo of an elephant. It was less an elephant than an essay on elephantinity, a formal distillation of all that has ever been and will be elephant. I was speechless. It took me a long while to notice that the elephant was balanced on a thimble. It was Yoshizawa, in the end, who would kill it for me. That was three years away, but even then I knew I was suppressing less a sense of inadequacy than impossible shortfall.

Don Paterson lives Edinburgh and teaches at the University of St. Andrews. He also works as an editor and musician. 40 Sonnets was published by Faber & Faber in 2015.