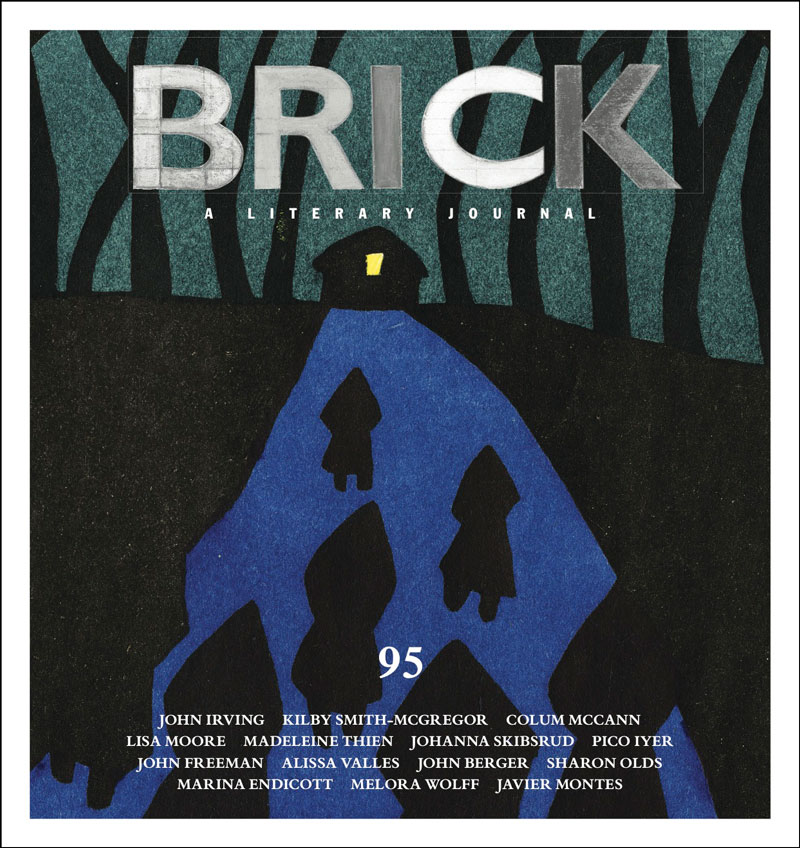 From the ages of one to eleven, I lived in the Polish coastal city of Gdańsk. I was obsessed with two things: the sea and my mother, and I couldn’t imagine ever living without either one. But soon my mother would move to Canada, leaving me behind while she worked for two years, and then, when I went to join her, I would have to leave the sea.

When I was seven, my mother took me on a ferry across the Baltic Sea to Copenhagen. It was the only trip I have ever taken with just my mother. In Copenhagen I saw a little mermaid perched on a rock in the harbour. She didn’t seem cast in bronze; it was as if she were real, sitting right in front of me, so weird and stunning.

It was winter in Gdańsk when my mother read the Polish translation of Hans Christian Andersen’s Danish fairy tale Den lille havfrue to me. It was dark out. Maybe the state-imposed curfew was on. It felt like it was. My mother was perched on the edge of the bottom bunk with the hardcover fairy tale collection close to her face. Only the small orange glow of a side lamp lit the room; it was a miracle she could see the words.

I wanted my mother to continue reading even though the story terrified me. For the first time in my short life I realized that things could be simultaneously beautiful and awful. The story was salty and cold, vivid and complicated.

The Little Mermaid is about a little girl who wants to be in charge of her own destiny. This appealed to me. She is focused and stubborn; I was independent and determined for my age. I had read about mostly boys and men who exhibited these characteristics, but I, like the little mermaid, saw myself as different from my friends and relatives. The apparent feminism of The Little Mermaid must have gobsmacked me. In it, the girl is the one rescuing the prince, kissinghim, admiring his beauty, wishing him awake in his vulnerability and temporary weakness. The little girl—the mermaid—loses her voice, her family, her love. She sacrifices everything. Her tongue is cut out, for god’s sake! I remember crying so hard that I gave myself the hiccups. And then I wanted my mother to read the story all over again. Maybe she did; I don’t remember.

This is the thing about children’s stories: the good ones, they leave a mark. Somewhere in your memory, or on your soul, or in your DNA—whichever one you believe in—there is a small bumpy scar, like an overgrown crab-claw cut, left by that story. The scar is there because of the story’s atmosphere, how it tangled with the person who read it to you and the circumstances surrounding your childhood. I suppose I remember The Little Mermaid best in part due to Andersen’s genius, but also because I longed for my mother when she lived away from me in Canada for two years; and then when I followed my mother to Toronto, I longed for Poland and the Baltic Sea. I have longing in common with the little mermaid.

I was scared to reread the story as an adult, one who’s acquired a whole new language, a family of her own, a career, as well as plenty of love and loss.

My fear was somewhat justified. This is no Disney’s Ariel. The Little Mermaid is a story of unimaginable sacrifice and punishing, unrequited love. It is Victorian, with all the positives and negatives that word conjures up. The language and descriptions are ornate and often cinematic. But Andersen’s Christian morality is heavy-handed, and I hadn’t recalled the prince calling the little mermaid his “dumb waif” more times than I could stomach. The story is saturated with strange and brutal rites of passage, like when oysters attach themselves to the mermaid’s tail on her fifteenth birthday. “‘But they hurt me so,’ said the little mermaid. ‘Pride must suffer pain,’ replied the old lady.”

The story seems to teach a Victorian stoicism: “Mermaids have no tears, therefore suffer more.” The little mermaid gives up her talent—her unbelievable singing voice—to gain legs and explore the human realm so that she may marry the prince and thereby gain an immortal soul. But it’s not a fair trade. It’s not enough that her tongue is cut out, for every time she takes a step with her new feet she feels the pain of a thousand swords piercing her flesh.

The ending shocked me and is perhaps why I remember the story so vividly. It’s a fairy tale without a fairy-tale ending—at least not the one that satisfies our desire for earthly justice. After all the hoops the mermaid jumps through to reach her dream, the ending is both inevitable and a surprise. Of course she doesn’t live happily ever after, of course the prince doesn’t love her too, of course she doesn’t go back to be with her family, of course her stint in the human realm isn’t all a bad dream. All I remembered of the ending is that the mermaid plunges into the sea and turns to foam. Though it’s more complex than that, with hints that the little mermaid will gain an immortal soul, for the little me, the story ended how it started: with the sea.

Aga Maksimowska emigrated from Poland in 1988. Her debut novel, GIANT, was published by Pedlar Press in 2012. Aga’s short fiction and non-fiction has appeared in Rhubarb, Soliloquies Anthology, the Globe and Mail, Kurungabaa, and elsewhere. She lives with her husband and two daughters in Toronto, where she is teaching high-school English and working on her second novel.